Every Parent’s Nightmare by Belinda Hawkins

A GAP year spent travelling through Europe has become the norm for most Australian teenagers but what happens when the adventure goes seriously wrong?

The aptly named Every Parent’s Nightmare is a true account of Jock Palfreeman, a 21-year-old Sydney man who was convicted of murdering a young student in Bulgaria. Written by Australian Story reporter and Walkley Award-winning journalist Belinda Hawkins, the book meticulously chronicles Palfreeman’s journey, following an altercation with a group of football fans on a cold, dark street in the city of Sofia. Put simply, Hawkins’s novel is the story of what can happen in a foreign country, where both the language and legal system is a world away from what we know.

It’s hard not to feel a sense of injustice at the situation Palfreeman finds himself in. Crucial witnesses are missed, key evidence is overlooked and previous statements are deemed inadmissible throughout the court proceedings. Conflicting interests – personal, political and business-related – of key players are also exposed, including those of the victim’s parents . All the while, Hawkins makes clear the devastating impact on Palfreeman’s family as a father struggles to pull together every possible to resource to help his son.

One of the key themes of the book is the overwhelming impact media coverage can have on a case. Bulgarian reporters painted Palfreeman as a violent madman, an anarchist consumed with rage while similarly little kindness was shown by Australian papers back home. In contrast, Hawkins’ journalistic integrity shines through , highlighting gaps in the case without making assumptions and gently leading readers to draw their own conclusions.

Every Parent’s Nightmare is a gripping read, and an important one. Jock Palfreeman is still there, in Bulgaria, serving a life sentence for a crime he quite possibly did not commit.

Sharnee Rawson is a journalist with News Queensland. 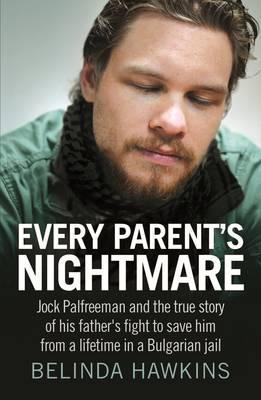