Chasing the Valley by Skye Melki-Wegner

From young Australian author Skye Melki-Wegner comes another addition to the dystopian-fantasy genre. Yet there’s more alchemy than brutality to Chasing the Valley, and I’d recommend this one to a range of younger readers, from the keen 9-year-olds who love Percy Jackson right up to Hunger Games fans in their early teens. The fantasy elements feel like safer territory and the romance is barely there.

Teenage hero Danika Glynn is brave and considerate, with hardly a chink in her armour. Orphaned under King Morrigan’s deadly reign – his army uses alchemic bombs to keep order – Danika lives on the streets. One night she seizes the opportunity to escape the city walls and tag onto a team of youngsters, all with different reasons for risking their lives in the pursuit of freedom from tyranny.

The crew’s focus is the Valley, the only place safe from Morrigan’s weaponry. They have giant creatures called foxaries on their side and are each developing a ‘proclivity’ – a magical power connected to a specific aspect of nature, such as Beast, Darkness or Fire. But after Danika inadvertently shoots down one of the king’s bomber planes, they also have a price on their heads. Action-packed and entertaining. 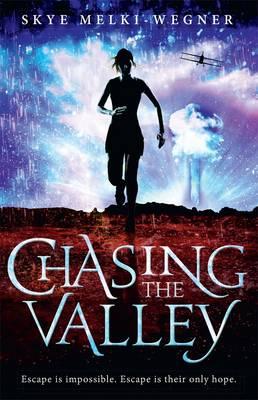