Those brawny first notes. Strings sawing, with strength and strident trills they announce Brahms’s Piano Concerto No 1. Then out of the storm emerges András Schiff at the piano – a breath of sunshine on his 1859 original Blüthner piano from Leipzig. A complete flop for its first two performances in 1858, Brahms’s First Concerto is now regarded as a true masterpiece by most modern piano virtuosos around the world. Brahms started working on the composition around the time of Robert Schumann’s first suicide attempt, and his mentor and friend’s anguish is thought to have affected this work. His friendship with Schumann’s wife, Clara, was lifelong and he shared with her the score of this work in all its many forms, from its beginnings as a sonata for two pianos through to its final version as the grand work you hear today.

Schiff has been lovingly performing the Piano Concerto No 1 for more than 30 years but this album is the first time he has recorded the Piano Concerto No 2 in a commercial environment, a piece that has inspired him since childhood. Composed 22 years apart, the two Piano Concertos convey vastly different emotional journeys. Writing to Clara Schumann, Brahms described it as ‘a very small piano concerto’ which must have been an inside joke as it’s an epic work that is larger, longer and more complicated than any other contemporary works. A notorious perfectionist, Brahms worked on this concerto for three years before he came to something that pleased him.

Schiff is joined by the Orchestra of the Age of Enlightenment, the delightful ensemble who performs entirely on historically accurate instruments. What they do is always so much more than simply accompany a soloist. They bring colour, shape, style and above all a sense of truth to their recordings, which can be difficult to find when using modern instruments. This is another strong recording in the history of brilliant recordings from one of the world’s best pianists and orchestras. 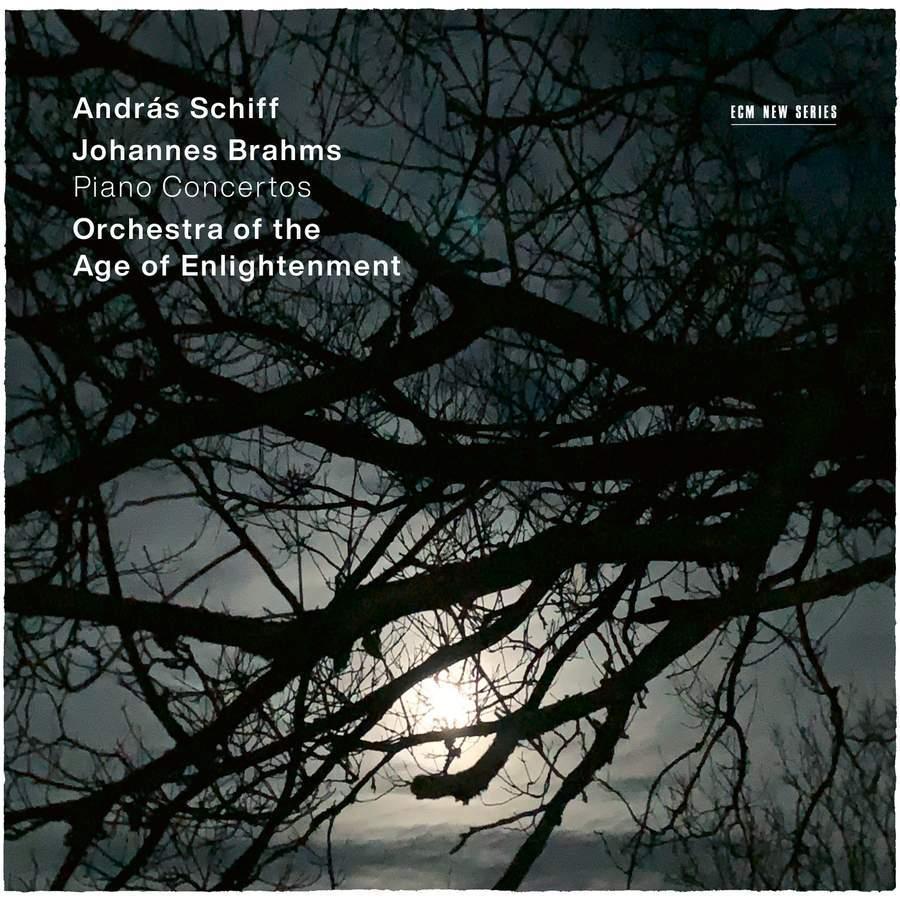