Beyond the Sea by Paul Lynch

Bolivar, an experienced, albeit aging, fisherman of meagre means and scant ambition in an unnamed South American seaside location, sets off with the inexperienced, teenaged Hector against conventional wisdom – in the face of inclement weather in a small skiff – with hopes of a profitable catch. The weather turns foul, and the pair soon finds themselves adrift in the Pacific with negligible provisions and no means of communication.

As the days and weeks pass, bereft of supplies, enduring savage storms, and hope of rescue diminishing daily, physical and mental decay sets in. Foreseeing no other outcome but demise, Hector enters a state of terminal self-reflection, and in doing so holds up an unwelcome, unflinching and unforgiving mirror to Bolivar, who is thus forced to examine his own very human failings. A reckoning of the soul is inevitable, but there can be no absolution without contrition, and no genuine contrition without acknowledgement of wrongdoing. The respective faiths of the two are tested by this agonising and seemingly interminable experience.

With Beyond the Sea, Paul Lynch delivers a post-twentieth century existential parable which highlights the fragility and resilience of the human spirit through a crisis of existence as precarious as it is meaningless. The ocean has ever been a powerful metaphor and literary device, but in the present age the travails of desperate souls upon the seas in search of refuge bears more meaning than in any post-war fiction. With echoes of Camus, McCarthy, Hemingway, and Coleridge, Lynch illustrates the reciprocally indifferent relationship between humanity and its environment, while subtly highlighting the same indifference between humans. The author of Grace (my favourite novel of 2017) presents a harrowing, yet redemptive tale of spiritual purgation delivered with poetic and deeply evocative prose.

Roland Bisshop works as a bookseller at Readings Carlton. 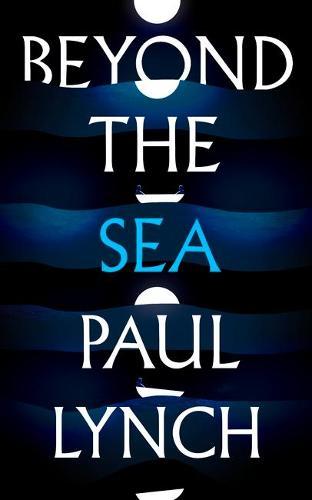