Happy 250th Birthday Beethoven! The classical music world is going mad for all new Beethoven recordings and the Adelaide Symphony Orchestra is jumping on that bandwagon. Teaming up with fellow Australian pianist Jayson Gillham, the ASO have released recordings of their Piano Concerto Cycle from 2019.

Recorded over a short ten days in June, this is the first time in twenty years that there has been a completely Australian recording of the Beethoven Piano Concertos. Australian favourite Nicholas Carter is at the helm as conductor and it is apparent from the very first notes that it is an assured and exacting recording. Precise in their interpretation of the pieces, there is nonetheless the fluidity found in a live performance. This was recorded towards the end of Carter’s reign as the ASO’s chief conductor and the four years the performers have had together have clearly produced a synergy to their performances. Each solo, from woodwind to strings to piano, is beautifully expressed and the only downside to this recording is that there isn’t a DVD to go with it. I’d love to see the interplay between these extraordinary Australian musicians. 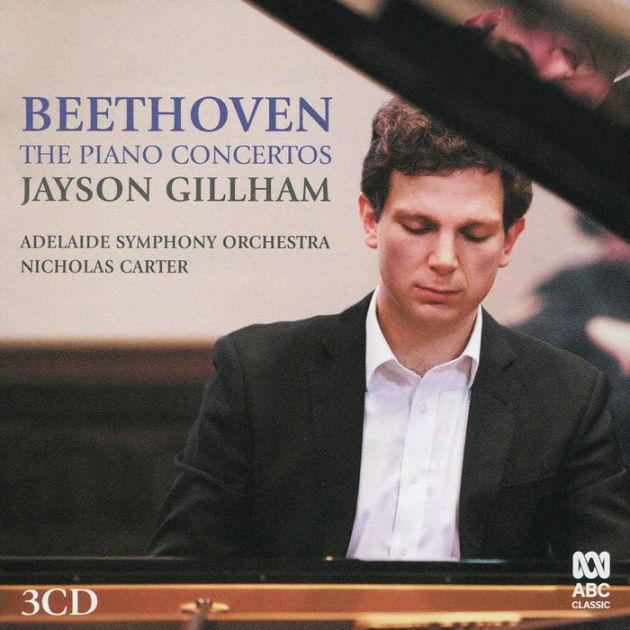