Ash Mistry and the Savage Fortress by Sarwat Chadda

It was Ash’s idea to visit India, so now that he hates it there’s nobody to blame but himself. Sure, he loves the ancient temples and mythical monsters, but it also means getting dragged along to stuffy parties with his uncle, a university researcher, and his annoying younger sister Lucky.

When Ash arrives at the mysterious Lord Savage’s mansion, he overhears something he shouldn’t: could it be possible that behind Savage’s strange behaviour and even stranger appearance lies a demon straight out of Indian legend?

Percy Jackson fans – are you paying attention? Ash Mistry and the Savage Fortress is definitely for you! This is Sarwat Chadda’s first foray into middle grade fiction, and he’s ticked all the right boxes: great characters, lots of action and an intriguing plot, but it’s the Indian mythology that will really hook readers aged nine and up. 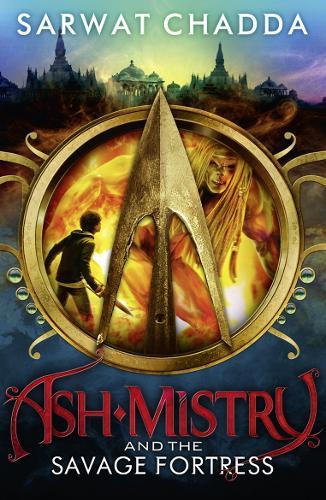 Ash Mistry and the Savage Fortress