The plot of Vivaldi’s Juditha Triumphans – ‘Judith the Triumphant’ – is gruesome: barbaric Assyrian general Holofernes invades Judea, and in retaliation the virtuous Judith beheads him. It is an unusual plot for an oratorio originally intended to be sung by young women. But, all roles from Judith to Holofernes to the eunuch Vagaus – and even to the chorus of soldiers – were premiered by the women of the Venetian orphanage Ospedale della Pietá, where Vivaldi was violin teacher and music director. Although not uncommon for contemporary performances of the oratorio to employ countertenors for the male characters, Jordi Savall’s recent recording of Juditha Triumphans features an all-female cast.

Norwegian mezzo soprano Marianne Beate Kielland portrays the title role, alongside a first-rate lineup of singers. While technically a contralto role (and perhaps at times a little low for her voice), Kielland is a superb Judith: her tone is luscious and her presence commanding. Rachel Redmond is a beguiling Vagaus, and she impressively turns on the vocal fireworks in the aria ‘Armatae face’ (‘Armed with torches’).

The overture to Vivaldi’s Juditha Triumphans has been lost, and in its place Savall has selected two concertos – presumably composed around the same time – which fit with the musical aesthetics of the oratorio. These concertos, coupled with choir La Capella Reial de Catalunya’s performances of the choruses, are highlights of the recording for their joy and vitality. Particularly captivating is the final chorus ‘Salve invicta Juditha formosa’ (‘Hail Judith the Invincible’). It’s a rare joy to hear adult female voices alone in a choral setting.

Savall’s recordings, whether he features as music director or soloist, are thoroughly researched, packaged beautifully, and always of the highest quality. Under his baton Vivaldi’s music sparkles in yet another triumphant Alia Vox release. 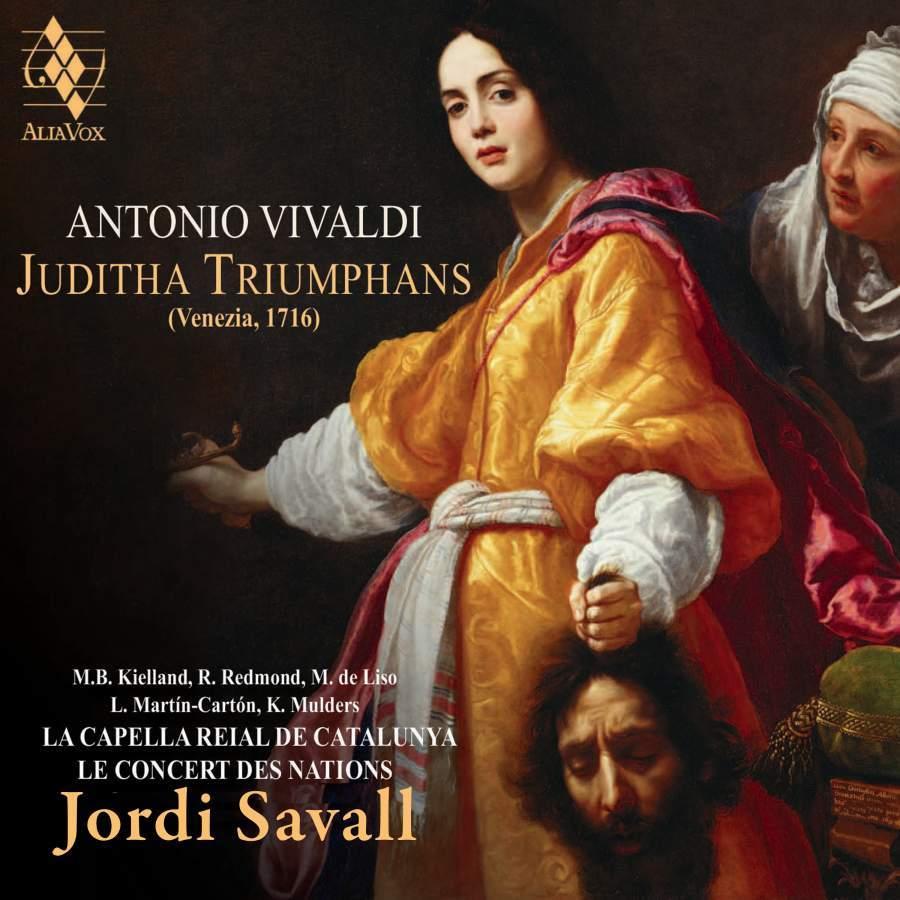