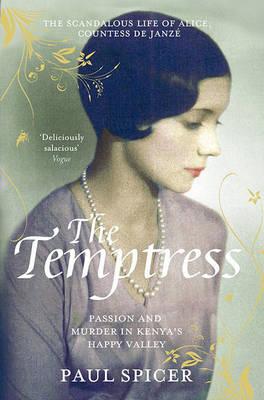 In Kenya’s ‘Happy Valley’ no one paid too much attention to the privileged colonial set as they farmed their estates, partied until dawn and indulged in extra-marital affairs. Not until Josslyn Hay, Earl of Erroll, was shot dead at the wheel of his Buick in the early hours of 24 January 1941. Some said the good-looking womaniser had it coming. He was a philanderer who could have had any number of enemies who wanted revenge. Ageing Jock Delves Broughton stood trial for Erroll’s murder but was acquitted and the mystery remained unsolved - until now. American heiress Alice de Janze had been conducting a clandestine affair with Joss for years. Married into French aristocracy, her stunning beauty was to prove a fatal lure to men of adventure. Previously tried by a French court for shooting one of her lovers, scandal followed her wherever she went. She arrived in Kenya as a newly married Countess in the 1920s, but by 1941 she had turned forty and the years of partying had taken their toll. Pushed aside by Erroll for younger lovers, Alice was thrown into desperation, resulting in Errol’s murder and her own tragic demise. The Temptressnot only solves the mystery of Josslyn Hay’s murder with the utmost conviction - it eloquently paints a portrait of a volatile, captivating woman.