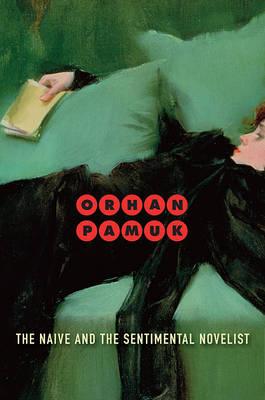 What happens within us when we read a novel? And how does a novel create its unique effects, so distinct from those of a painting, a film, or a poem? In this inspired, thoughtful, deeply personal book, Orhan Pamuk takes us into the worlds of the writer and the reader, revealing their intimate connections. Pamuk draws on Friedrich Schiller’s famous distinction between ‘naive’ poets - who write spontaneously, serenely, unselfconsciously - and ‘sentimental’ poets: those who are reflective, emotional, questioning, and alive to the artifice of the written word. Harking back to the beloved novels of his youth and ranging through the work of such writers as Tolstoy, Dostoevsky, Stendhal, Flaubert, Proust, Mann, and Naipaul, he explores the oscillation between the naive and the reflective, and the search for an equilibrium, that lie at the center of the novelist’s craft. He ponders the novel’s visual and sensual power - its ability to conjure landscapes so vivid they can make the here-and-now fade away. In the course of this exploration, he considers the elements of character, plot, time, and setting that compose the ‘sweet illusion’ of the fictional world. Anyone who has known the pleasure of becoming immersed in a novel will enjoy, and learn from, this perceptive book by one of the modern masters of the art.

Orhan Pamuk’s essays, adapted from his 2009 series of Norton lectures, are a personal exploration of the art of the novel. He studies the nature of the novelist and the reader, as based on his own experience, to discuss what it is about the novel as a genre (‘its true, unique effect’) that distinguishes it from other literary artforms, films and paintings.

The title is borrowed from one of Pamuk’s favourite essays, ‘Über naive and sentimentalische Dichtung’ (On Naïve and Sentimental Poetry; 1795–96), by the German poet Friedrich Schiller. Here, the two categories represent distinct types of novelists: the naïve, who writes with abandon, without considering or becoming distracted by consequences or frameworks; and the sentimental (or emotional/reflective), who is altogether more cautious, aware and curious about the ‘artifice of words’. The key to the art of the novelist, Pamuk suggests, is striking a balance between these two poles: ‘of being both naïve and reflective at the same time’. Similarly, he examines the way the reader’s mind engages with the novel and determines that ‘the art of the novel relies on our ability to believe simultaneously in contradictory states’.

Many of Pamuk’s observations relating to character and landscape, as well as the genre’s sensual power, are especially perceptive. However, at times, his efforts to isolate and define specific elements of the novel, such as ‘the centre’, to which his final essay is dedicated, become slightly convoluted and obscure. These discussions of craft are an especially personal take on the novelist’s process, which makes them fascinating. Yet, if there is any criticism of this work to be made, it is only that in exploring the art of the novel, Pamuk’s cautiousness to avoid putting too fine a point on it (or, perhaps, to maintain a balance between the naïve and the sentimental), also prevents a sense of absolute clarity.

Although a serious piece of literary criticism, Pamuk’s tone is always easy and conversational. The examples he uses from writers such as Tolstoy (there is one particular scene from Anna Karenina that he returns to time and again to demonstrate true art), Dostoyevsky, Nabokov, Flaubert, Coleridge, Poe and others are thoughtfully selected to illustrate his points. He also draws from his own impressive ouevre to demonstrate ideas and trace his growth as a writer. It is disappointing, but not surprising considering history’s ratio, that only one female writer (Virgina Woolf) really rates among those that form the pinnacle of his influences, although there is also a token mention of George Eliot.

The great strength of these essays lies in their personal detail: the author’s thoughts on the books he has read and loved over time, and his own development and passion as a writer, are inspiring. Pamuk offers many insights into the way we feel and think about novels, and their cultural value, and for any fiction lover this makes the book a pleasurable and thought-provoking read.

END_OF_DOCUMENT_TOKEN_TO_BE_REPLACED

What happens within us when we read a novel? And how does a novel create its unique effects, so distinct from those of a painting, a film, or a poem? This book takes us into the worlds of the writer and the reader, revealing their...