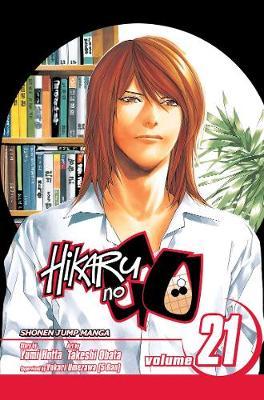 After stumbling across a haunted go board, Hikaru Shindo discovers that the spirit of a master player named Fujiwara-no-Sai has taken up residence in his consciousness. Sai awakens in Hikaru an untapped genius for the game, and soon the schoolboy is chasing his own dream–defeating the famed go prodigy Akira Toya! The Hokuto Cup, a new tournament for young players from Japan, China and Korea, is looming, and Hikaru’s rival Akira has already secured one of the coveted three places on Japan’s team. While Hikaru battles his way to one of the two remaining spots, Akira’s father baffles the go world with his unexpected retirement!