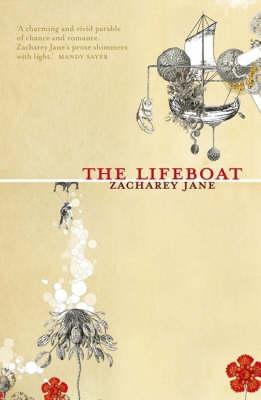 A man and a woman are found at sea in pirate-infested waters with no memory of who they are or how they got there. They are entrusted to the care of a young interpreter who is given two weeks to discover their identities before the worst is assumed. With only their dreams to guide her, she struggles to reveal the truth. But some truths are best left forgotten. The Lifeboat is a vibrant story of mystery and discovery - and the search for belonging.

The Lifeboat is a beautiful fable about an old couple found at sea. They have no memory of who they are or where they have come from. It is narrated by a young interpreter from the unnamed island nation to which they are taken. This young woman, an orphan of the war, feels a strong empathy toward these two people who have lost everything. She takes it upon herself to try and unlock their memories so they can begin their journey home. Their dreams become a central part of unravelling the past – but are they revealing truth or desire or fear? The narrator’s sense of self is challenged as she becomes more deeply involved in their struggle, despite being warned by her boss that they may not be what they seem. The ocean is a powerful metaphor is this story about identity and belonging, and the hopes and dreams that define who we are. Like the sea, the language flows with an effortless rhythm that makes this a gentle and absorbing read.