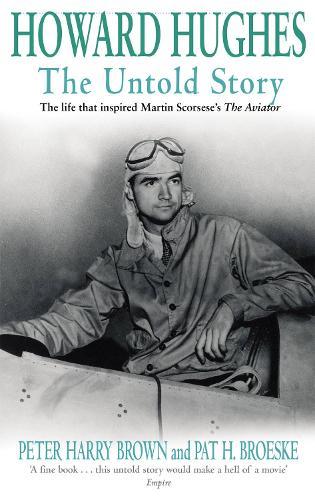 Remembered primarily as an eccentric and deluded billionaire, Howard Hughes was once America’s golden boy, a celebrated aviator and Hollywood legend who romanced hundreds of beautiful women. The scope of his life made him one of the most influential figures in America. Where previous biographies have concentrated on Hughes’s business empire, Howard Hughes: The Untold Story unveils the full story of the tycoon, tracing his bold efforts to reshape Hollywood, his devastating health problems, his erratic behaviour during his last decades and his tangle of steamy relationships with stars such as Katharine Hepburn, Bette Davis, Ava Gardner and Ginger Rogers.Drawing on hundreds of exclusive interviews and documents charting, among many other revelations, his troubled family relationships, drug addiction, secret harem of teenage mistresses and the part he played in the Watergate scandal, Howard Hughes: The Untold Story follows Hughes’s transformation from lover and business innovator into reclusive captive of his own fears.