A Guide to Cleveland’s Sacred Landmarks 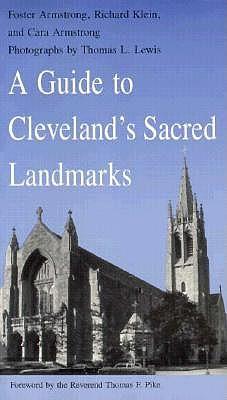 A Guide to Cleveland’s Sacred Landmarks

As a developing industrial city during the late 19th and early 20th centuries, Cleveland attracted diverse national groups. Their many churches and synagogues served as visual focal points and sociat centers in the city’s ethnic neighborhoods. Today the resulting ensemble of sacred landmarks adds much to Cleveland’s dynamic and visually interesting architecture. This guide, funded in part by the Ohio Arts and Humanities Councils, spotlights more than 120 of these structures with photographs, maps, and descriptive details about each building’s architectural significance, construction, architect(s), location, and congregation. In addition, the guide offers 10 driving tours to the sacred landmarks, all located within the city limits of Cleveland and classified by neighborhood–downtown, University Circle, Ohio City, and Tremont areas, among others. Proceeds from the sale of the book will benefit the Sacred Landmarks Research Group of Cleveland State University. This book is by far the best available repository of information on the architectural, aesthetic, and cultural resources represented by these buildings. Through this book, Clevelanders can better understand, appreciate, and, perhaps, better manage these priceless resources. –Dr. Michael J. Tevesz, Co-Director, Sacred Landmarks Research Group