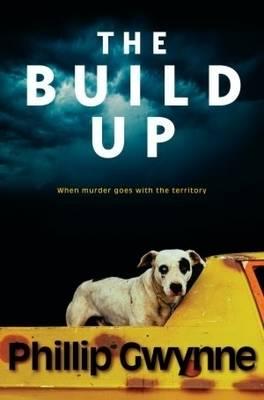 For Detective Dusty Buchanon, a female cop in the very male world of the Northern Territory Police Force, it always pays to expect the unexpected.During the stifling pre-monsoon season known as the Build Up, a body is found in a billabong near a Vietnam veterans camp site. To Dusty it’s the chance she’s been looking for: a spectacular case to revive her flagging career.But wherever Dusty goes, trouble tends to follow, and when she’s taken off the case and busted back to uniform it looks like someone’s just gotten away with murder. Can a former detective, with some unlikely help - a good-looking German twitcher, a reluctant rock ‘n’ roll black tracker, a pot-bellied pig - solve a case that becomes more complex and more chilling the closer Dusty gets to it?Phillip Gwynne has written a page-turning crime thriller that is also a wonderfully detailed evocation of Darwin: a hustling, exotic melting pot of cultures. And he has created an unforgettable character in Detective Dusty Buchanon. Compelling, tense, yet darkly funny, The Build Up introduces a major new voice to crime writing.

END_OF_DOCUMENT_TOKEN_TO_BE_REPLACED

Sixteen-year-old Hugh Twycross has a bright future, mapped out by his parents, his teachers - everybody, it seems, except Hugh Twycross. Hugh has a secret, though: he loves cars and he loves car racing. When his grandfather asks...

Gutsy and highly intelligent story about Blacky, a fourteen-year-old boy living in a small coastal town in South Australia, and his rites of passage. Winner of the 1999 CBC Award for Older Readers.

Nukkin Ya is the sequel to Deadly, Unna?. Fifteen-year-old Gary Black, 'Blacky', isn't sure what he wants or where he is going. The one thing he does know is that he wants to escape the small country town he's grown up in.

When a body is found in a billabong near a Vietnam veterans' camp site, it's the chance Dusty been looking for: a spectacular case to revive her flagging career. But wherever Dusty goes, trouble tends to follow. Can a former...

The plot revolves around the downfall of the real life Sydney gangster, Richard Gabriel Reilly, the owner of the infamous Kellett Club and early pioneer of the protection rackets, who, as the novel opens, is struggling to maintain...

When a body is found in a billabong near a Vietnam veterans' camp site, it's the chance Dusty been looking for: a spectacular case to revive her flagging career. But wherever Dusty goes, trouble tends to follow. Can a former...