On the Law of Peace 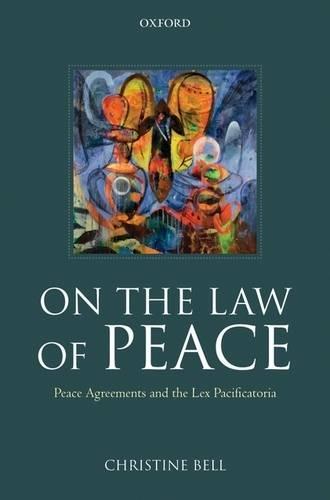 On the Law of Peace

This book aims to provide a comprehensive analysis of the use of peace agreements from a legal perspective. The book describes and evaluates the development of contemporary peace agreement practice, and the documents which emerge. It sets out what is in essence an anatomy of peace agreement practice, and locates this practice with reference to the role of law. The author argues that a lex pacificatoria or law of the peacemakers is developing which is both significantly reshaping international law, and producing new forms of constitutionalism at the domestic level.
The last fifteen years have seen a proliferation of peace agreements. These peace agreements have been produced as a result of complex peace processes involving multi-party negotiations between the main protagonists of conflict, often with the involvement of international actors. They document attempts to end conflict, and this book argues that they play an underestimated role in a political process that centrally revolves around law. Understanding peace agreements is important to understanding contemporary peace processes.