Rivals for the Crown 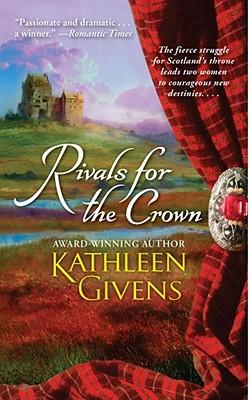 Rivals for the Crown

1290: Turmoil erupts when the seven-year-old queen of Scotland perishes en route to claim the crown. Two bitter foes – John Balliol and Robert Bruce – emerge as possible successors, but England’s Edward I has his own designs on Scotland. In London, Edward has expelled all Jews from his kingdom. Rachel de Anjou is heartbroken to leave behind her best friend, Isabel de Burke, and travel with her family to the Scottish border town of Berwick. Danger is everywhere, but the tall, dark Highlander Kieran MacDonald presents a risk of a different sort. Isabel, appointed as lady-in-waiting to Edward’s queen, Eleanor, is soon immersed in a world of privilege and peril where she attracts the notice of two men – Henry de Boyer, an English knight, and Rory MacGannon, a Highland warrior and outlaw. Isabel and Rachel are soon reunited in Berwick, but as the enmity between Scotland and England reaches its violent peak, each woman must decide where her loyalty – and her destiny – lies.