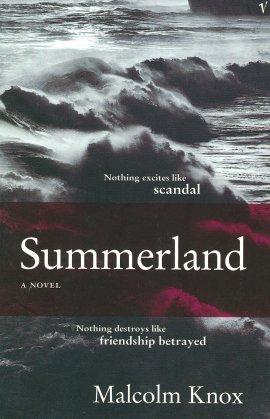 They were society’s golden ones, endowed with the privileges of youth and wealth, bred to live in a world of limitless possibility, but none of this could save them from self-destruction.

Richard sits on the shores of Sydney Harbour, a hollowed out man remembering a lost paradise as he recounts the years he shared with his best friend, the charismatic heir Hugh Bowman. Gliding through a life of endless luxury and ease, they formed a charmed quartet with their childhood sweethearts, Helen and Pup.

As adults they married and continued their tradition of summer holidays at Palm Beach, giving every appearance of leading charmed and immaculate lives. Like those beautiful people in magazines, their skin was unblemished, their smiles dazzling, the lighting just so. But as Richard confronts his memories what seemed so idyllic is revealed as a sinister drama of secrets, lies and betrayals.

A masterful and compelling dissection of friendship, morality and society from a startling new talent.