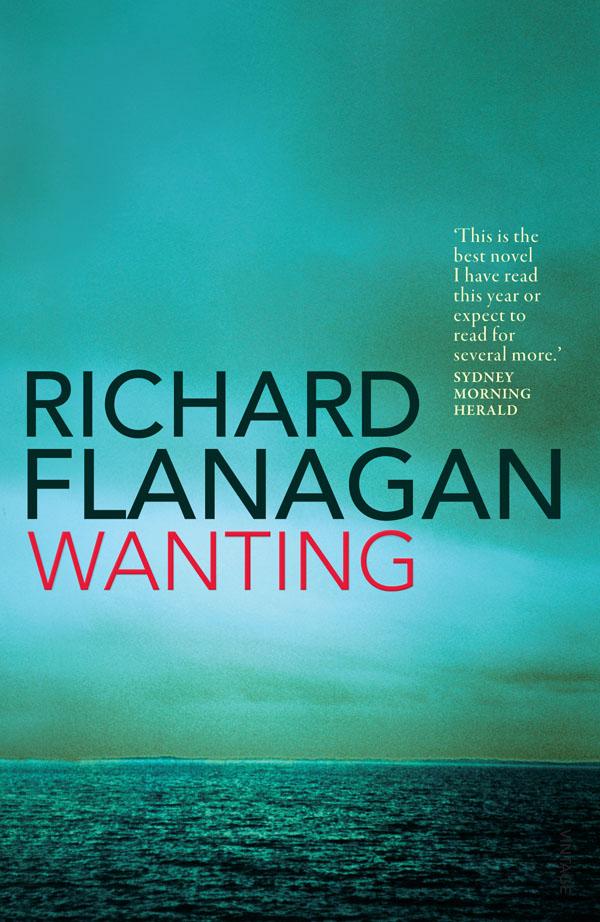 From the winner of the Man Booker Prize comes the bestselling, universally lauded novel of desire and its denial from acclaimed writer Richard Flanagan. It is 1839. A young Aboriginal girl, Mathinna, is running through the long wet grass of an island at the end of the world to get help for her dying father, an Aboriginal chieftain. Twenty years later, on an island at the centre of the world, the most famous novelist of the day, Charles Dickens, realises he is about to abandon his wife, risk his name and forever after be altered because of his inability any longer to control his intense passion. Connecting the two events are the most celebrated explorer of the age, Sir John Franklin - then governor of Van Diemen’s Land - and his wife, Lady Jane, who adopt Mathinna, seen as one of the last of a dying race, as an experiment. Lady Jane believes the distance between savagery and civilisation is the learned capacity to control wanting. The experiment fails, Sir John disappears into the blue ice of the Arctic seeking the Northwest Passage, and a decade later Lady Jane enlists Dickens’s aid to put an end to the scandalous suggestions that Sir John’s expedition ended in canniba

Richard Flanagan has assembled a group of historical figures around which to craft his most recent novel, Wanting. There is Sir John Franklin, one time Governor of Tasmania and Arctic explorer, his wife Lady Jane Franklin, George Robinson the ‘Protector’ of the Tasmanian Aborigines, the authors Wilkie Collins and Charles Dickens, and Mathinna, an Aboriginal girl adopted by the Franklins.

Franklin’s predecessor as Governor of Tasmania , George Arthur, had encouraged Robinson’s policies leading to the removal and almost extinction of the Tasmanian Aborigines. On a visit to Robinson’s Aboriginal settlement on remote Flinders Island, the childless Franklins are captivated by a young Aboriginal girl, Mathinna, daughter of Aboriginal chief King Romeo. For the ambitious Lady Franklin, it is not only the desire for a child, but also the desire to make a mark that leads her to adopt the girl. ‘To raise one individual with every advantage of class and rank would be an experiment of the soul worth making, both for science and for God.’

In a parallel narrative set years later in England, Lady Franklin seeks the support and friendship of Charles Dickens; Sir John’s expedition to find the North West Passage has been lost without a trace; rumours are spreading that the survivors resorted to cannibalism. The gallant Dickens springs to Franklin’s defence and in a piece in his journal Household Words, suggests that the noble Franklin was probably eaten by the Esquimaux. His friend Wilkie Collins writes The Frozen Deep, a play inspired by Dickens piece; a play that Dickens reworks and decides to produce, direct and act in.

As Sir John and Lady Jane become obsessed with Mathinna, so Dickens becomes obsessed by The Frozen Deep and its theme of unbridled ambition and passion. Mathinna, the object of the Franklins’ obsession, can never be a ‘black’ European or the child they never had, and their inability to come to terms with that leads them both to betray her in different ways. Franklin abandons her both physically and emotionally, while Lady Jane allows her to be taken away; to belong nowhere. Wanting is a powerful piece of writing that affects in many ways. Above all, it’s about unbridled desire and its tragic consequences.

Wanting will confound Franklin’s critics and delight and stimulate readers, as he shows his amazing virtuosity and ability to bring to life a distant past and make it relevant to us all. No one reading Wanting will be unaffected by it; don’t miss reading it.

Sir John Franklin, the most celebrated explorer of his age, and his wife, Lady Jane, adopt Mathinna, a young Aboriginal girl, to prove that a savage can be civilised - only to discover that within the most civilised can lurk the...

A young Aboriginal girl, Mathinna, is adopted by the most celebrated explorer of the age, Sir John Franklin, and his wife, Lady Jane, to show that the savage can be civilised. When Sir John disappears while looking for the fabled...