An incisive anthology of investigative journalism, edited and introduced by the bestselling reporter and film-maker John Pilger. Tell Me No Lies is a celebration of the very best investigative journalism, and includes writing by some of the greatest practitioners of the craft- Seymour Hersh on the My Lai massacre; Paul Foot on the Lockerbie cover-up; Wilfred Burchett, the first Westerner to enter Hiroshima following the atomic bombing; Israeli journalist Amira Hass, reporting from the Gaza Strip in the 1990s; Gunter Wallraff, the great German undercover reporter; Jessica Mitford on ‘The American Way of Death’; Martha Gelhorn on the liberation of the death camp at Dachau. The book - a selection of articles, broadcasts and books extracts that revealed important and disturbing truths - ranges from across many of the critical events, scandals and struggles of the past fifty years. Along the way it bears witness to epic injustices committed against the peoples of Vietnam, Cambodia, East Timor and Palestine. John Pilger sets each piece of reporting in its context and introduces the collection with a passionate essay arguing that the kind of journalism he celebrates here is being subverted by the very forces that ought to be its enemy. Taken as a whole, the book tells an extraordinary ‘secret history’ of the modern era. It is also a call to arms to journalists everywhere - before it is too late.

END_OF_DOCUMENT_TOKEN_TO_BE_REPLACED 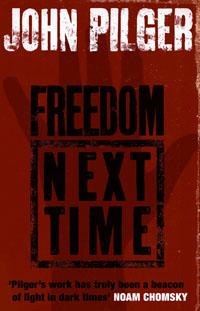