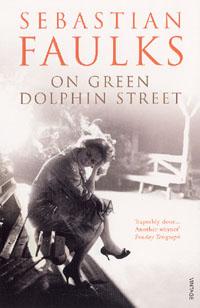 Reissued in new series style to match Faulks’s most recent novel Where My Heart Used to Beat, which was a major Sunday Times bestseller in 2016 A vividly evocative novel set in Cold War and New Frontier era America, from the bestselling author of Birdsong and Charlotte Gray America, 1959. With two young children she adores, loving parents back in London, and an admired husband, Charlie, working at the British embassy in Washington, the world seems an effervescent place of parties, jazz and family happiness to Mary van der Linden. But the Eisenhower years are ending, and 1960 brings the presidential battle between two ambitious senators- John Kennedy and Richard Nixon. But when Frank, an American newspaper reporter, enters their lives Mary embarks on a passionate affair, all the while knowing that in the end she must confront an impossible decision. ‘A novel about adultery, jazz and alcohol-full of good things, of the intensity of initially thwarted desire, of the atmosphere of a new era coming alive, of the poignancy of things past rings precisely true.suave and fluent’ Sunday Times