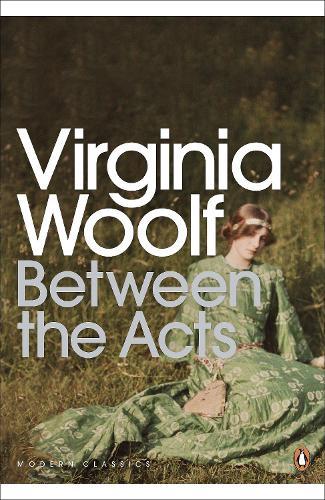 Virginia Woolf’s last novel, in equal parts a triumphant celebration and witty mockery of ‘Englishness’, Between the Acts is edited by Stella McNichol, with an introduction and notes by Gillian Beer in Penguin Modern Classics. Outwardly a novel about life in a country house in whose grounds there is to be a pageant, Between the Acts is also a striking evocation of English experience in the months leading up to the Second World War. Through dialogue, humour and the passionate musings of the characters, Virginia Woolf explores how a community is formed (and scattered) over time. The tableau, a series of scenes from English history, and the private dramas that go on between the acts are closely interlinked. Through the figure of Miss La Trobe, author of the pageant, Virginia Woolf questions imperialist assumptions and, at the same time, re-creates the elusive role of the artist. Virginia Woolf (1882-1941) is regarded as a major 20th century author and essayist, a key figure in literary history as a feminist and modernist, and the centre of ‘The Bloomsbury Group’. This informal collective of artists and writers which included Lytton Strachey and Roger Fry, exerted a powerful influence over early twentieth-century British culture. Between 1925 and 1931 Virginia Woolf produced what are now regarded as her finest masterpieces, from Mrs Dalloway (1925) to the poetic and highly experimental novel The Waves (1931). She also maintained an astonishing output of literary criticism, short fiction, journalism and biography, including the playfully subversive Orlando (1928) and A Room of One’s Own (1929) a passionate feminist essay. If you enjoyed Between the Acts, you might like Woolf’s The Waves, also available in Penguin Modern Classics. ‘A powerful and prophetic statement’ Richard Shone, The Times