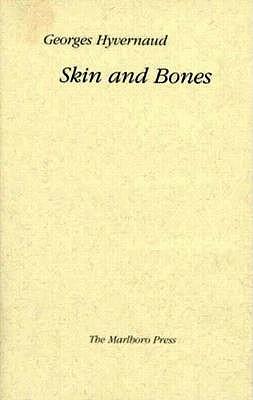 A professor of literature at the ecole normale in Arras, Georges Hyvernaud was called up at the start of World War II and given the rank of lieutenant. He was captured with his unit in 1940. He was impounded in one Pomeranian oflag, then in another; finally, on January 20, 1945, he was released and together with other former prisoners made his way across northern Germany, on foot and in cattle cars. On his person, Hyvernaud carried notebooks filled with what shortly became La Peau et les Os, a narrative of his wartime experience. Hyvernaud’s account is of a failure of character, the failure of an entire order, of what he had taken to be a world. No talk of la France eternelle. No gloire. It was meanness, selfishness, cowardice, anguish, and despair; above all it was the irremediable absurdity of everything. You detach yourself. You pull away from the tragedy. Nothing surprises or horrifies you any longer. Men die; it’s simple; it’s the way things are. Hyvernaud never renounced, never recovered from his hatred of what history, the war, the way things are had done to him. His experience as a captive marked him forever.