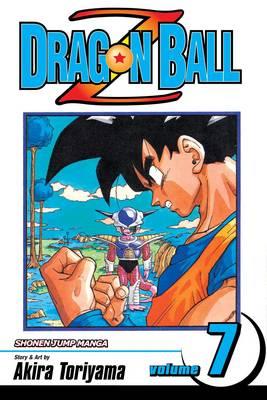 Sci-Fi martial arts action! After years of training and adventure, Goku has become Earth’s ultimate warrior. And his son, Gohan, shows even greater promise. But the stakes are increasing as even deadlier enemies threaten the planet. DRAGON BALL Z is the ultimate science fiction-martial arts manga. Trapped on war-torn Planet Namek, Earth’s heroes Gohan, Kuririn and Bulma struggle to keep the Dragon Balls out of the hands of both Vegeta and the planet-destroying Emperor Freeza. But even a power-up courtesy of the Great Elder of Namek may not be enough to save them from Freeza’s reinforcements: the Ginyu Force, the five strongest fighters in outer space, led by the supervillain Captain Ginyu! Desperate times call for desperate measures, and Gohan and Kuririn find themselves with an unlikely ally as their theatrical enemies ro-sham-bo for the honor of who gets to kill them first!