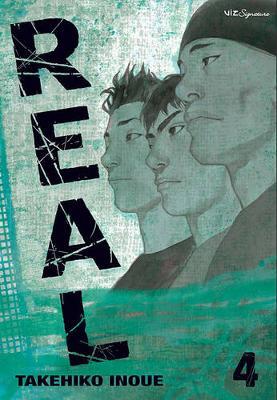 Eisner-award nominated creator Takehiko Inoue creates a dramatic tale of triumph over adversity. This is the story of three young men whose lives are profoundly changed by their involvement with wheelchair basketball. Critically acclaimed, award-winning manga artist Takehiko Inoue doesn’t pull any punches in this stunning portrayal of people struggling with serious life issues. Masterfully combining rich character development with beautifully detailed line art, Inoue, the creator of the mega-hit masterpieces Slam Dunk and Vagabond, lifts the manga medium to a completely new level of storytelling. Kiyoharu Togawa is selected to compete for a coveted spot on Japan’s National Wheelchair Basketball Team. But with the prospects of this upcoming challenge weighing heavy on his mind, he reflects upon the demons of his past–his battle with cancer and rehabilitation as well as his bitter conflicts with his father. Togawa’s passion for his sport is just about the only thing in life that can give him the strength to pull through.