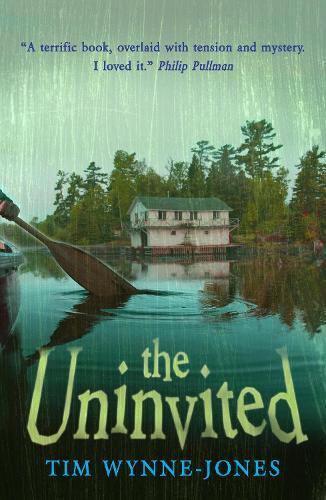 Who is the uninvited? This new page-turner from a master of suspense plumbs the unsettling goings-on at a picture-perfect cottage in a Canadian backwater. Mimi Shapiro had a disturbing freshman year at NYU, thanks to a foolish affair with a professor who still haunts her caller ID. So when her artist father Marc offers the use of his remote Canadian cottage, she’s glad to hop in her Mini Cooper and drive up north. The little house on the snye is fairy-tale quaint, and the key is hidden right where her dad said it would be, so imagine her surprise when she finds someone living there - Jay, a young musician who doesn’t even know Marc Shapiro. Jay is equally startled to meet Mimi, and immediately accuses her of leaving strange and threatening tokens inside: a dead bird, a snakeskin, a cricket soundtrack in his latest composition. But Mimi has just arrived, so who is responsible? And more alarmingly, what does the intruder want?

Who is the uninvited? This new page-turner from a master of suspense plumbs the unsettling goings-on at a picture-perfect cottage in a Canadian backwater.