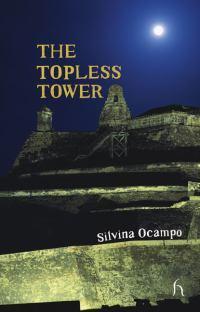 On the arrival of a mysterious stranger laden with paintings, Leandro finds his quiet life disrupted instantly and mysteriously. He awakens locked in a windowless room in a topless tower, the subject of one of the stranger’s eerie paintings. His childish voice draws the reader into a mythical world full of imaginary beings. Basking in her friendship with literary luminaries such as Italo Calvino and Borges, Argentine poet and author Silvina Ocampo is among the foremost figures in modern South American literature. Heavily influenced by nonsense literature such as Lewis Carroll’s Alice in Wonderland and the surrealist movement in South America, The Topless Tower, features all the typical hallmarks of Ocampo’s fantastical writing. With subtle inflections of language and tremendous displays of imagination running riot, Ocampo’s writing is beautifully translated by James Womack.