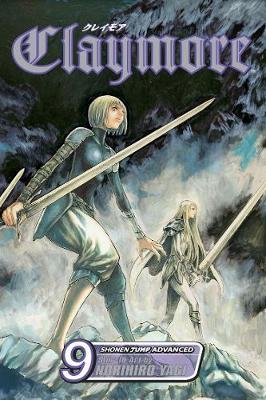 A New York Times best selling, multi-arc, character-driven story with great battles and strong-willed females that will appeal to males and females alike. In a world where monsters called Yoma prey on humans and live among them in disguise, humanity’s only hope is a new breed of warrior known as Claymores. Half human, half monster, these silver-eyed slayers possess supernatural strength but are condemned to fight their savage impulses or lose their humanity completely. Clare and her fellow Claymores Galatea and Jean must battle the Awakened Beings that are holding them captive. In the process, they find their captors' true motive: by torturing the warriors, they want to force them to awaken and join them in a gathering of Yoma. Will Clare and her comrades be able to defeat the Awakened Beings without becoming one themselves?