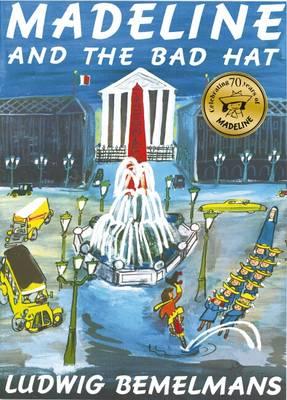 ‘In an old house in Paris that was covered in vines lived twelve little girls in two straight lines…’ A boy named Pepito has moved in next door to Madeline and her friends. Madeline can tell straight away that he is a ‘Bad Hat’. But when one of Pepito’s pranks backfires, Madeline not only rescues him, but sets out to reform him! The small but feisty heroine, Madeline, and her charming Parisian world have been loved by children and adults alike for eeventy years.

END_OF_DOCUMENT_TOKEN_TO_BE_REPLACED

Madeline and the Bad Hat

Madeline and the Old House in Paris

Madeline and the Cats of Rome