Chiang Ching-kuo Remembered: The Man and His Political Legacy 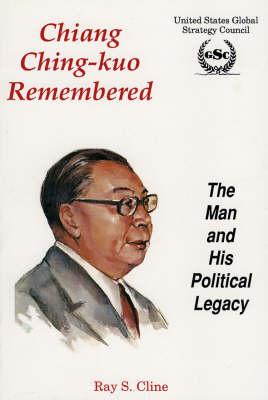 Chiang Ching-kuo Remembered: The Man and His Political Legacy

This study of Chiang Ching-kuo (CCK), the late President of the Republic of China on Taiwan, is a unique slice of history. It is based on experience of close Chinese-American intelligence cooperation in the 1950s and 1960s, when the author was representing his government as CIA station chief in Taipei. It begins with the author’s visit to Taiwan over thirty years ago and ends at President Chiang’s funeral in January 1988. Dr. Cline describes not only CCK the man but his political legacy of economic and political progress in the Republic of China. The Taiwan experience is a developmental model for all Asia. The book, printed by Arcata Graphics, is richly illustrated with contemporary photographs and includesoin its first publication in the United Statesothe candid diary that CCK kept when he was virtually a hostage in the Soviet Union (1925-1937) and learned to hate communism as it really existed under Stalin. Altogether, this book provides an authentic account of a man relatively little known in the Western world, yet one who contributed enormously to democracy in Asia. His place in history as a great Chinese political leader deserves to be put on the record. Originally published in 1989.