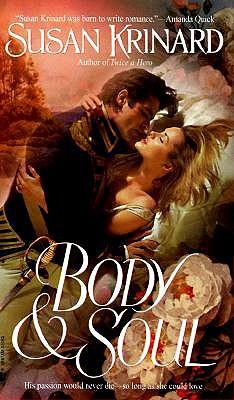 Jesse Copeland, an expert in mountain rescues, has returned to Manzanita after years in the Peace Corps. Despite an indomitable courage that sent her rappeling down cliffs, she is haunted by the nightmares and shadowy half-memories surrounding her mother’s mysterious death. Now she is determined to find out if her mother’s accident was murder. What she finds instead is a man as transparent as air–sensual, muscular, his blue eyes burning into hers as she cries out one word from a place deep within her: David.David Ventris, Lord Ashthorpe, late of His Majesty’s Light Dragoons, is simply put, a ghost. He’s waited two centuries to be called back to earth by the woman he wronged. He knew her as Sophie, a wondrous lady who sparked a passion so blazing that time could not dim the flames. Now he is being given the chance to guard her from danger and get back his soul–if only she will believe him real and not madness. If only she will love him enough to create a miracle