Labour, Politics and the State in Industrialising Thailand 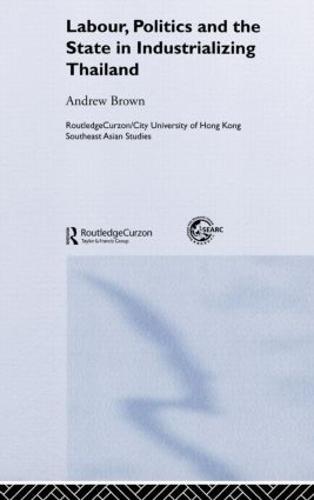 Labour, Politics and the State in Industrialising Thailand

The growing industrialization of Thailand due to the introduction of capitalist processes has had a revolutionary impact on the organization and structure of the society. New classes, groups and interests have arisen including a new urban-based industrial working class who are essential to the new capitalist procedures. This book examines how industrial workers have come to occupy a strategic place in the contemporary political economy and charts their long-term activism in seeking redress for a range of individual, social and political problems. Labour, Politics and the State in Thailand , unlike previous studies, does not argue that the political exclusion of organized labour is the result of an immature working class, but focuses on how the state has become entangled in the processes through which workers have been organized, reorganized and disorganized as social and political actors in different historical periods. By critically examining the themes of labour weakness, political exclusion and insignificance of ‘class factors’, this book aims to bring back workers from the margins by demonstrating that both in the present and past the state has been involved in processes that determine the forms of their struggles. By utilizing new empirical data and largely neglected historical material, Brown highlights how the working class have emerged as an enduring facet of Thai society. Providing an innovative approach to workers and politics, this book will appeal to scholars of Southeast Asia as well as those with research interests in politics and employment in rapidly developing countries.