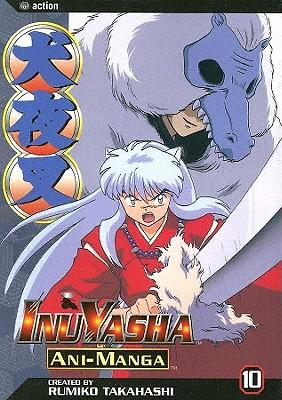 Kagome seems like an ordinary high school girl…until she’s transported to medieval Japan and discovers that her destiny links her to the powerful Jewel of Four Souls nad to a half-man, half-dog-demon named Inuyasha! Sly monk Miroku’s attempt at chivalry goes wrong in more ways than one: the damsel in distress turns out to be a demon in disguise, and Miroku’s powerful wind tunnel weapon begins to unravel, threatening to consume him! And when the evil Naraku forces Sango the Demon Slayer to make a terrible choice, will she betray Inuyasha, or face losing her brother Kohaku for a second time?