There’s a Girl in My Hammerlock 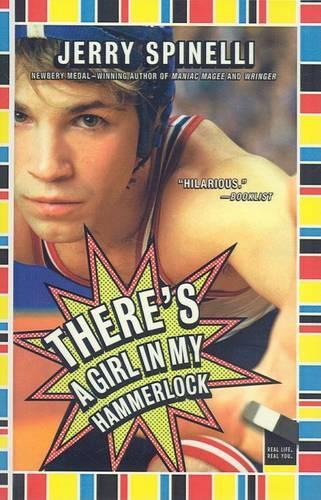 There’s a Girl in My Hammerlock

I’LL START WITH SIMETHING THAT MAY SURPRISE YOU. WHAT I REALLY WANTED IN JUNIOR HIGH WAS TO BE A CHEERLEADER. IF I HAD MADE IT, ALL THIS WOULD NEVER HAVE HAPPENED….Maisie Potter isn’t quite sure why she signed up for the boys' wrestling team. She’s never been all that interested in boys, so it can’t have anything to do with Eric Delong, in spite of the disturbing effect his smile has on her. And she’s certainly not prepared for the effect her presence on the team has on the people around her. Her brother’s totally disgusted with her, her best friend drops her, her classmates ridicule her, and opposing teams forfeit rather than wrestle her. But Maisie’s not a quitter, and she discovers that she really likes wrestling – and that while Eric might not be worth the flak she puts up with, feeling good about herself is.