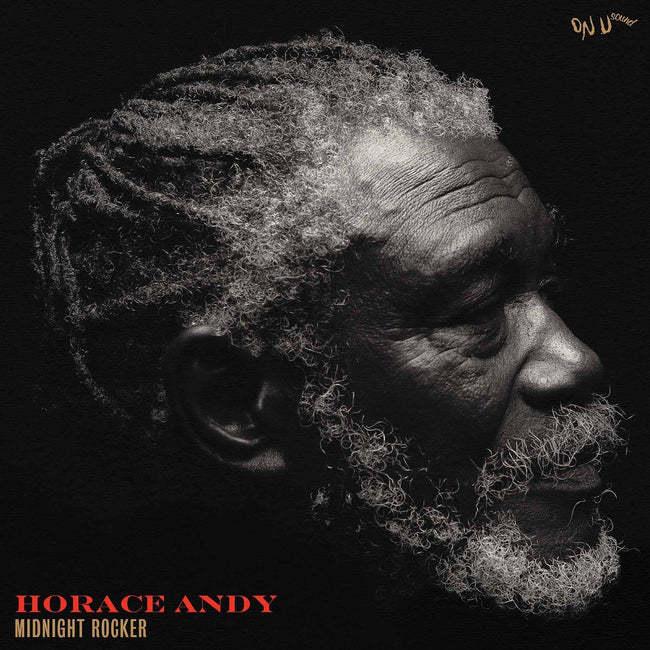 Across a legendary career spanning five decades, Horace Andy has undeniably earned a place as one of reggae’s most undersung chameleons.
Rising up throughout the ‘70s and ‘80s with a string of roots reggae hits, Andy was a beloved singer-songwriter in Jamaica before he linked with trip-hop collective Massive Attack in the early ‘90s. With a feature on their groundbreaking debut, Andy became a sudden crossover sensation, joining the group as a touring member and singing on all of their subsequent studio albums.
Midnight Rocker makes a subtle nod to the singer’s second act with a cover of Massive Attack’s ‘Safe From Harm,‘ but Horace Andy’s latest is far more a tribute to the sound that first propelled him to fame. Produced by revered dub producer and Andy-devotee Adrian Sherwood, Midnight Rocker assembles an all-star band pulled from On-U Sound Records’ roster to support a compelling performance from the singer.
Alongside the Massive Attack cover, there are reworkings of his early career highlights “Mr. Bassie”, “Materialist”, “This Must Be Hell” and “Rock To Sleep”, as well as new originals, thematically tied together through exploration of modern issues as its sound stays firmly nostalgic. Where “Materialist” makes mention of housing instability and “Watch Over Them” hopes for a world where younger generations are removed from gun violence, Andy and co. thankfully never let heavier topics boil over into heavy-handedness or insincerity.
As a whole, Midnight Rocker is unmistakably the work of Andy’s devoted fans as much as it is a loving, late-career highlight for the great singer-songwriter.
$21.99Add to basket ›