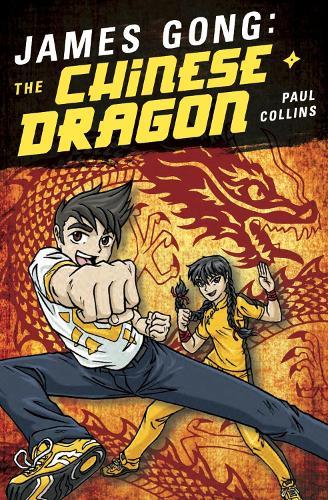 Ming Lee The Chinese Dragon is the unbeaten, undisputed queen of virtual martial arts. Until she meets James Gong, fresh from his starring role in Ham Solo: Revenge of the Fist. Can their combined skill, grace and teamwork defeat everything the virtso world throws at them? Do they take down the mobsters? The bully? And just where does the gymnast fit into all of this? About the author: Paul Collins has a black belt in both taekwondo and ju jitsu. He was trained in kick-boxing by former Australian Heavyweight Kick-boxing Champion, Dana Goodson. He trained with the Los Angeles Hell Drivers and later served time in the army with 2 Commando Coy. He drew inspiration from these experiences to write James Gong The Chinese Dragon. His last book was Harry Kruize, Born to Lose. Paul has written over 140 books for children and young adults and several books for adults.