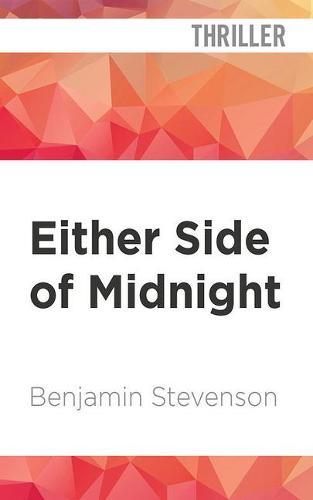 Either Side of Midnight is a gripping, gritty thriller with an ingeniously shocking premise and twists and turns you’ll never see coming! (Liane Moriarty) One million witnesses. One impossible murder. An electrifying thriller with a mind-bending premise: one million viewers witness a popular TV presenter commit suicide live on air - yet his twin brother is convinced it was murder. How can it be murder when the victim pulled the trigger? At 9.01 p.m., TV presenter Sam Midford delivers the monologue for his popular current affairs show Mr Midnight. He seems nervous, and the crew is convinced he’s about to propose to his girlfriend live on air. Instead, he pulls out a gun and shoots himself in the head. Sam’s grief-stricken brother, Harry, is convinced his brother was murdered. But how can that be, when one million viewers witnessed Sam pull the trigger? Only Jack Quick, a disgraced television producer in the last days of a prison sentence, is desperate enough to take Harry’s money to investigate. But as Jack starts digging, he finds a mystery more complex than he first assumed. And if he’s not careful, he’ll find out firsthand that there’s more than one way to kill someone…. Either Side of Midnight is a stand-alone novel featuring Jack Quick.