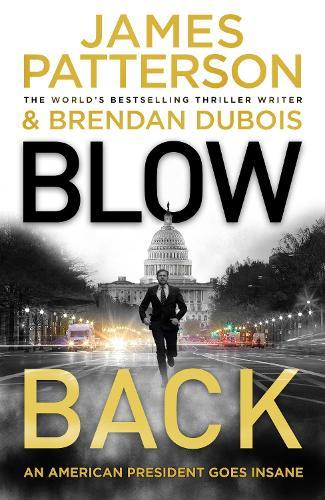 High-stakes action, a president in turmoil and a plan that could bring all to ruin feature in this gripping new stand-alone thriller from the worldwide bestseller, James Patterson A president out for revenge. A world in danger. Keegan Barrett is a first-term president whose power is approaching absolute. He has recruited two CIA operatives to accomplish the single goal that has now eluded him until now. Revenge. But to execute Barrett’s orders is to defy their sworn duties- to uphold and defend the Constitution of the United States and to keep their work within the CIA a secret. To combat clandestine corruption, they’ll need to be precise, quick and most of all, keep their eyes open for what happens next. Blowback. Blowback like no one can imagine.