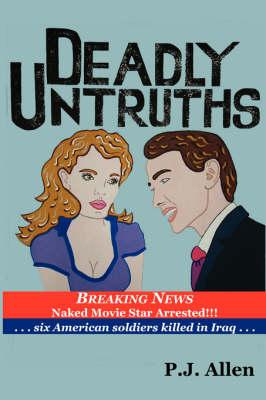 Andie is an up-and-coming investigative journalist working for the only remaining mainstream news organization with widely recognized credibility in the U.S. A terrible tragedy occurs when a friend and colleague is accidentally killed while covering the war in Iraq. Around the same time, Andie begins to receive mysterious calls-addressing her by name, asking for help-from a seemingly trapped person unknown to her. As she begins her research on an assignment to write a front-page, above-the-fold tribute to her colleague, Andie learns that her friend was investigating horrendous and massive war crimes perpetrated by officials within the U.S. administration, which were undoubtedly the cause of the accidental death. It is now up to Andie to carry on her colleague’s work by exposing those responsible for the atrocities uncovered. But it’s not going to be easy, even with her newfound alliance with bloggers. As the last reliable media source begins to morph, and her safety is threatened by rogue agents operating under orders from within the White House, Andie is forced to endanger herself and others in a race to prevent catastrophic injury and death. If she does not succeed, there will be global consequences for humanity heretofore unimagined… . Deadly Untruths