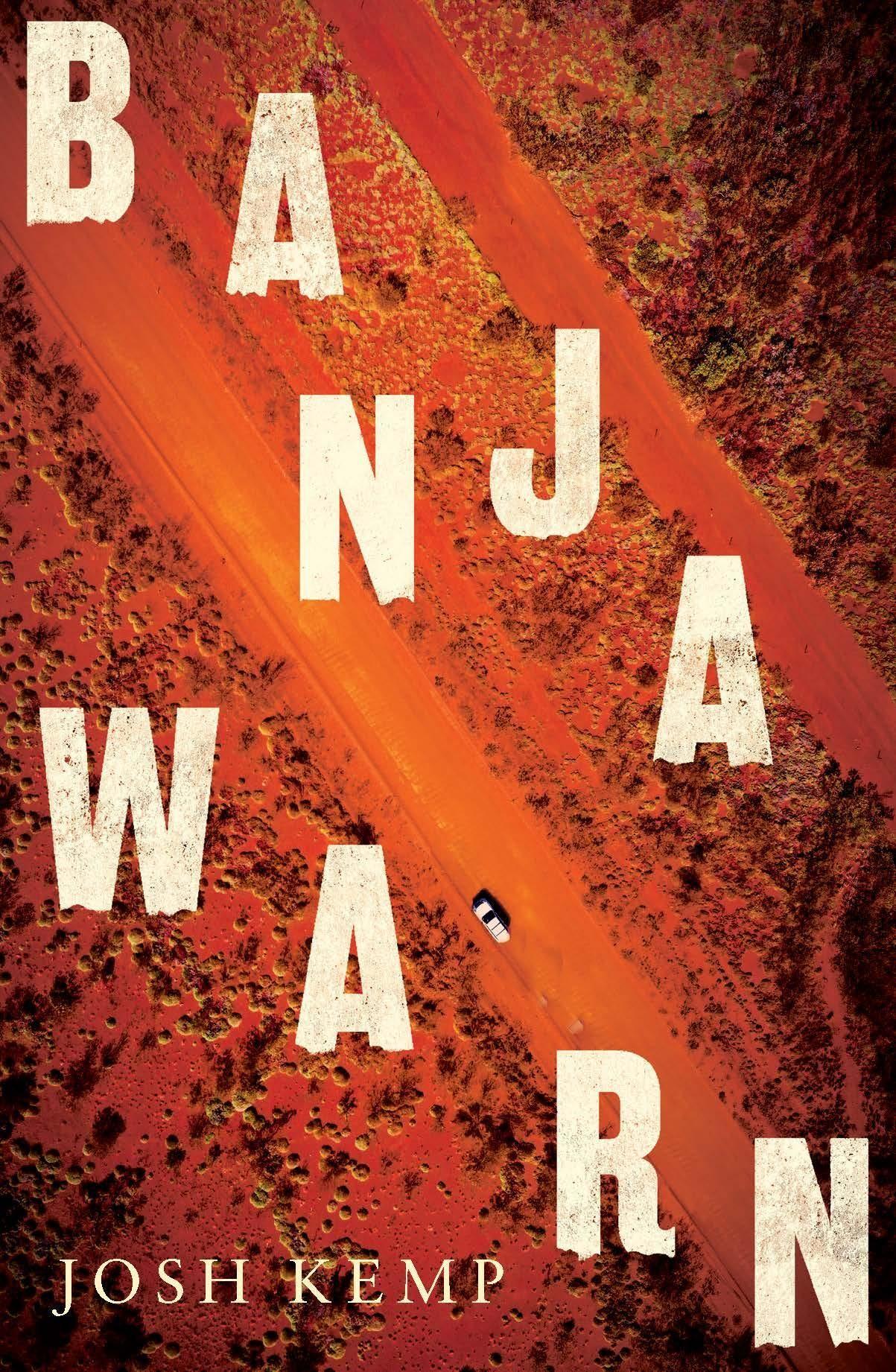 Garreth Hoyle is a true crime writer whose destructive love affair with hallucinogenic drugs has sent him searching for ghosts in the unforgiving mallee desert of Western Australia. Heading north through Kalgoorlie, he attempts to score off old friends from his shearing days on Banjawarn Station. His journey takes an unexpected detour when he discovers an abandoned ten-year-old girl and decides to return her to her estranged father in Leonora, instead of alerting authorities. Together they begin the road trip from hell through the scorched heart of the state’s northern goldfields.
Love, friendship and hope are often found in the strangest places, but forgiveness is never simple, and the past lies buried just beneath the blood red topsoil. The only question is whether Hoyle should uncover it, or run as fast as his legs can take him.
Banjawarn is an unsettling debut from Josh Kemp, winner of the 2021 Dorothy Hewett Award for an Unpublished Manuscript. Echoing Cormac McCarthy’s haunting border trilogy and narrative vernacular that recalls the sparse lyricism of Randolph Stow and Tim Winton, this is a darkly funny novel that earns its place amongst the stable of Australian gothic fiction.
$32.99Add to basket ›