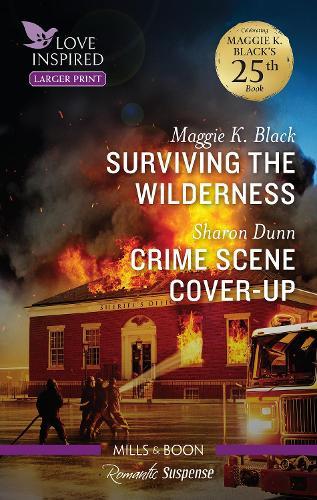 Surviving The Wilderness - Maggie K. Black Treacherous terrain, a kidnapped little girl. And time is running out fast… When masked figures take his daughter, Master Corporal Jeff Connor will stop at nothing to rescue her - even if it means working with stubborn wilderness guide Quinn Dukes. But their past disagreements don’t matter when Quinn risks everything for his little girl. As Quinn’s thrown into the line of fire too, Jeff will do everything in his power to uncover the kidnapper’s identity…and protect them both. Crime Scene Cover-Up - Sharon Dunn Facing the past is the only way to catch a killer. After years of chasing the Arson Killer, FBI profiler Arielle Olson follows the trail straight back to the scene of her husband’s death - and into the murderer’s sights. Now she must rely on Sheriff Neil Cobain…even if she suspects he’s withholding info about the night she was left widowed. And they must put aside the past long enough to end a killer’s deadly game.