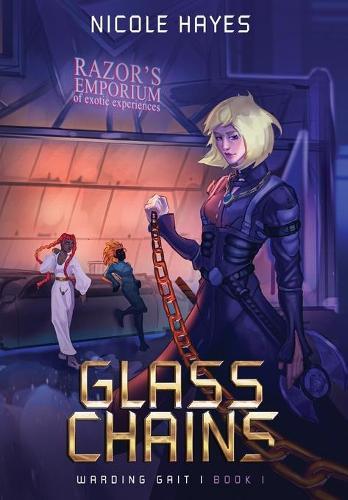 Two years after the events of Volcano Day, Sagan Sterling, General of the Two Worlds' Armies, misses her boyfriend and her best friend. The former serves his sentence on a prison planet for war crimes. The latter sleeps in a machine that bridges the Two Worlds together for the next fifty years. Before the big nap, King Rayne entrusted Sagan with a mission on Gait, where Korac serves his time on the prison planet. Knock out two birds with one stone, right? Visit her boyfriend and complete her objectives? Not exactly. The mission involves extracting information from the infamous Pain Curator, Razor. It proves more difficult than first predicted as he seeks more of her with each encounter. Meanwhile, Imminent, a galaxy-wide terrorist organization, plots against the Shadow. Striking vital and secret locations, their attacks leave the Seamswalker exhausted and frazzled. All while the Progeny navigate the harsh diplomatic climate of Enki, and its frightful Tribunal. As the enemy weakens the Progeny’s leadership on Earth and their relationship with the Tritans, is Sagan making a beneficial ally of Razor or falling deeper into his world of vice and pain? Will he take her so far that Korac will never find her?