Why We Fight: The Roots of War and the Paths to Peace 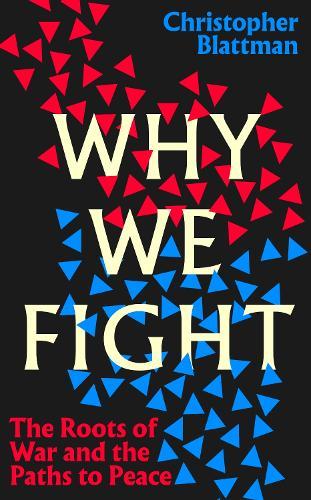 Why We Fight: The Roots of War and the Paths to Peace

Based on two decades of research, the five causes of wars and four ways to stop them The truth is, warfare shouldn’t happen - and most of the time it doesn’t. Around the world there are millions of hostile rivalries at any given moment and yet only a tiny fraction erupt into prolonged fighting. Most books on conflict forget this. So in those rare instances of war, what broke down and kept the sides from compromise? From unchecked interests and intangible incentives, through uncertainty commitment problems and misperceptions, this peerlessly authoritative and thought-provoking book shows that there are only so many logical possibilities for why we fight and how by knowing them we can act to prevent war altogether. Drawing on the latest research in behavioural economics; gripping, counterintuitive examples from the long history of warfare around the world; and distinguished professor Christopher Blattman’s own experience in warzones, we see, for example, how queens have waged war more than kings; that the homicide rate in the ganglands of Medellin, Columbia is lower than you think; and that even monkeys have an innate righteousness. In an accessible, intuitive structure framed around causes and solutions, Why We Fight is a hopeful book, with answers to some of history’s most important questions. In an age of growing isolationism and the weakening of global institutions, this book couldn’t be timelier.