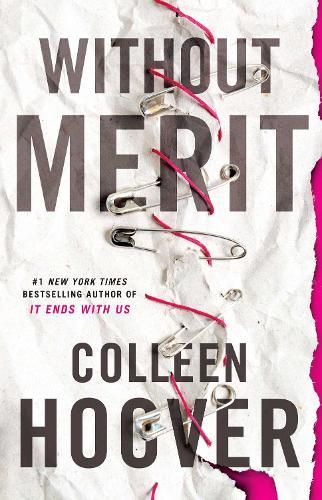 A moving and haunting story of family, love and the power of truth, from the bestselling author of It Ends With Us. ‘Not every mistake deserves a consequence. Sometimes the only thing it deserves is forgiveness.’ The Voss family is anything but normal. They live in a repurposed church, the once cancer-stricken mother lives in the basement, the father is married to the mother’s former nurse, and the eldest siblings are irritatingly perfect. Then there’s Merit. Merit Voss collects trophies she hasn’t earned and secrets her family forces her to keep. Then she meets Sagan. His wit and unapologetic idealism disarm and spark renewed life into her - until she discovers that he’s completely unavailable. Merit retreats deeper into herself, watching her family from the sidelines, when she learns a secret that no trophy in the world can fix. Merit decides to shatter the happy family illusion that she’s never been a part of before leaving them behind for good. When her escape plan fails, Merit is forced to deal with the staggering consequences of telling the truth and losing the one boy she loves. Poignant and powerful, Without Merit explores the layers of lies that tie a family together and the power of love and truth. Praise for Without Merit ‘Emotionally wrenching and utterly original, Without Merit’s characters stayed with me long after I finished.’ Sara Shepard, New York Times Bestselling author of Pretty Little Liars ‘Hoover does an excellent job of revealing the subtle differences between healthy teenage rebellion and clinical depression… This quirky, complex, and frustrating heroine will win hearts and challenge assumptions about family dysfunction and mental illness in a life-affirming story that redefines what’s normal.’ Kirkus (starred review) ‘Hoover joins the ranks of such luminaries as Jennifer Weiner and Jojo Moyes, with a dash of Gillian Flynn.’ Library Journal (starred review)