Home and Other Hiding Places 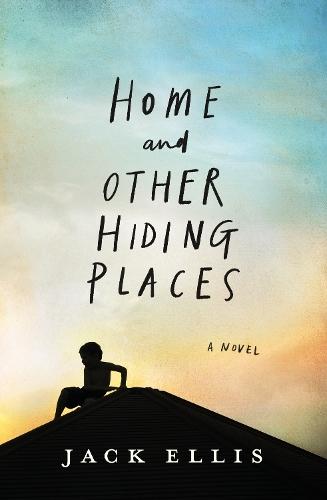 Home and Other Hiding Places

When eight-year-old Fin and his mum Lindy travel to spend Christmas with his Gran in Sydney, Fin assumes they’ll return to their isolated country property - the only home he’s ever known. But he soon discovers that this large and crumbling riverside house, surrounded by bush and unwelcoming neighbours, is his home now.
As Lindy’s fragile emotions fracture under the weight of Gran’s disapproval and the pressure of old memories, Fin holds onto a tenderness of spirit and the simple clarity he has learnt from his isolation on the farm - an insight that hasn’t yet been clouded by the secret codes of adulthood.
But as the life he has known crumbles around him, Fin learns that no-one is coming to his rescue, and he sets off on a journey to find his way home.

Eight-year-old Fin’s life is uprooted in Jack Ellis’ touching novel, Home and Other Hiding Places. Fin’s entire point of reference is his mum, with whom he lives at a secluded country property in Old Bin. Aside from one summery, dreamlike memory of his dad, and one visit to his Gran’s run-down house in Sydney, Old Bin and his mum are his entire world.

Now they’re heading back to Sydney to see Gran for Christmas, but it soon becomes clear that it is not just a visit. Fin wishes his mum had told him they were never going home. Fortunately, Fin has made friends with Rory next door, but Rory is not always around. Without his new friend, there’s nothing to stop the days melting together. Gran has the internet, but she won’t let Fin near her computer and she hates him going down to the river. Mum and Gran start fighting again and they’re both keeping secrets from him.

As I was reading, I had to continually remind myself that I was viewing the world through Fin’s sheltered, young eyes. Not only is he eight, but he grew up in a small town with few friends and a mum prone to semi-regular bouts of depression. Fin may be well versed in making things appear normal at home to keep him and his mum together, but he is otherwise naive. This innocence makes for entertaining, crazy escapades and wild reasoning in Fin’s decision-making.

In essence, Home and Other Hiding Places is a tender story about a resilient kid trying to make sense of the adult world. Fin yearns to protect his mum from the world, especially from Gran but doesn’t yet comprehend it is their job to protect him. In learning to trust those tasked with caring for him and expand who he lets into his life, Fin will come to understand that home is not always what and where you thought it was.