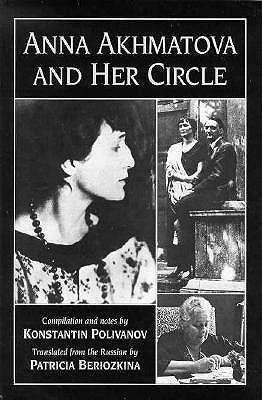 This powerful collection of fifteen memoirs by and about the great poet of the Silver Age of Russian literature is now available to the English-speaking world. Neither a critical study nor a strict biography, Anna Akhmatova and Her Circle contains reminiscences that open a window into the Russian literary scene from pre-revolutionary days through the Stalin years and up to the short-lived Kruschev thaw. This collection presents the views of some of Russia’s prominent literary and cultural figures, including Akhmatova’s husband, the poet Nikolai Gumilev, who was shot by the government in the years of civil war; Russian poets Alexandr Blok and Osip Mandelshtam; and the great critic Nikolai Nedobrovo. These remirnscences tell the story of the hardships that bore on Akhmatova and her contemporaries: the struggles of everyday life, the efforts to publish work in a country where the state controlled publication, the threat of imprisonment and summary execution, and the impact of World War II on their lives and writings. Also included are several of Anna Akhmatova’s personal observations and poems about her own life and the life of her beloved Russia, as she struggled against Stalinist terror to free her wrongfully imprisoned son and fought the tyranny of the regime. As it fills gaps in the mystery of Russian and Soviet literary history in the twentieth century, Anna Akhmatova and Her Circle will be warmly greeted by scholars and historians and by many readers of the Western world who have awaited a freer Russia. For all readers, Anna Akhmatova and Her Circle weaves an unforgettable drama of grace, courage, and friendship through long years of heartbreak, hunger, and relentless fear born ofofficial paranoia and stupidity. It is a story that, in the telling, enlightens, amazes, and inspires.