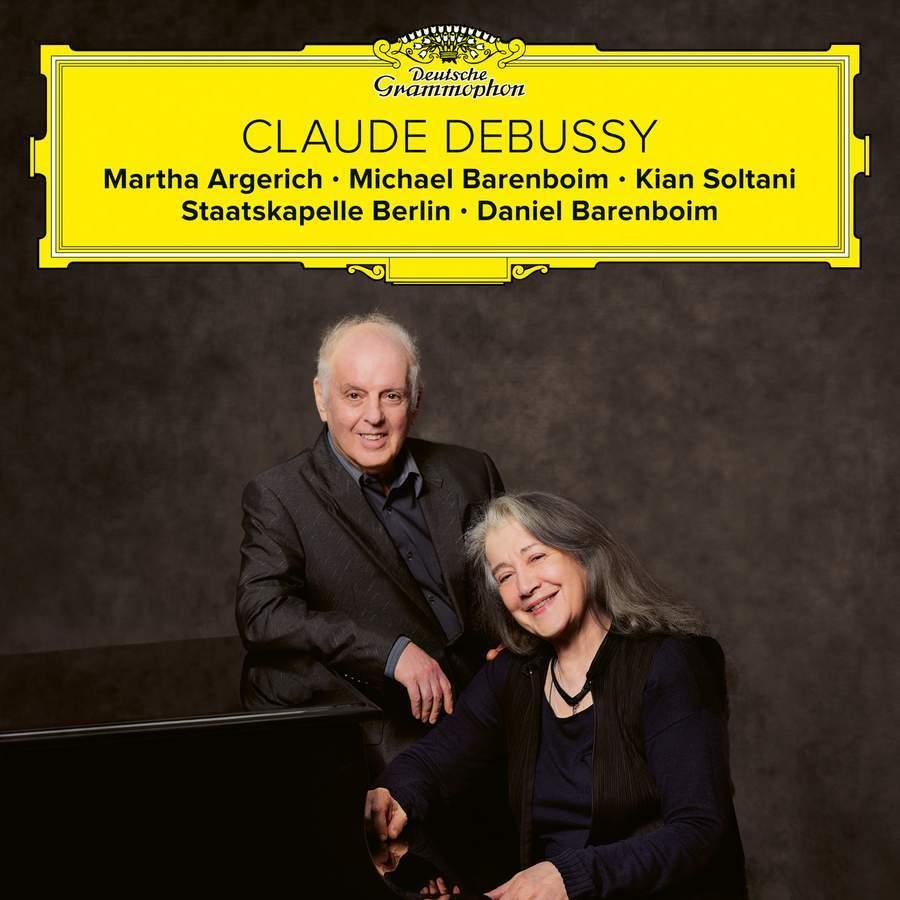 Daniel Barenboim performs Debussy with Martha Argerich, Michael Barenboim, Kian Soltani and the Staatskapelle Berlin.
Born in Buenos Aires within 18 months of each other, Argerich and Barenboim first made music together in 1949. This performance of the Fantaisie, a piano concerto in all but name, was recorded live in Vienna in 2018 at a concert celebrating the centenary of Debussy’s death. It’s an early work that remained unperformed until after Debussy’s death in 1918 and is recorded by Argerich for the first time.
Michael Barenboim and Kian Soltani partner with Daniel Barenboim in the Violin Sonata in G minor and Cello Sonata in D Minor respectively, while Maestro Barenboim further conducts the Staatskapelle Berlin in La Mer.
$21.99Add to basket ›