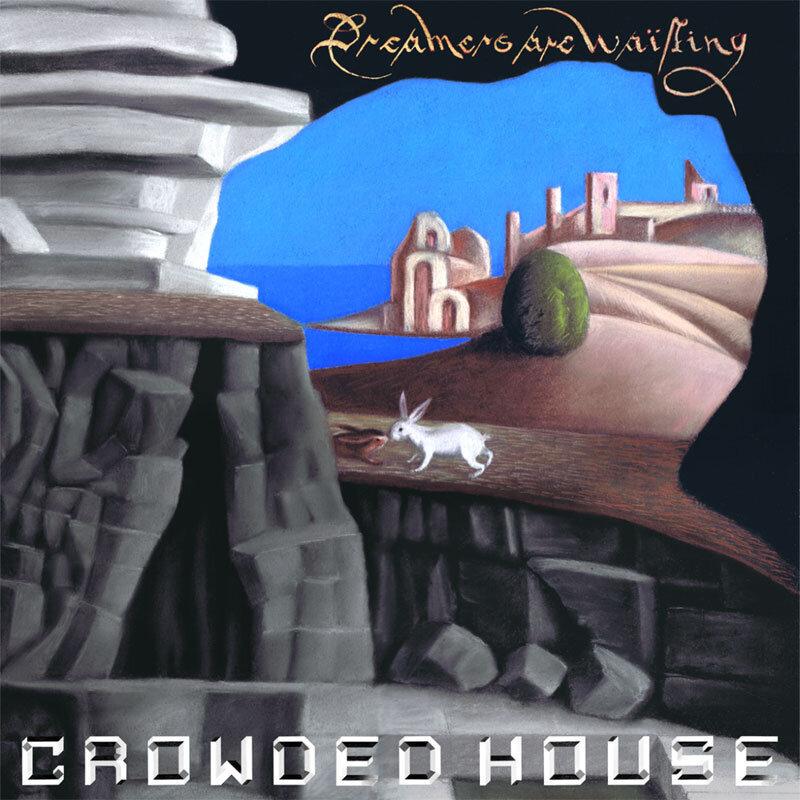 The band’s line-up on Dreamers Are Waiting includes founding members Neil Finn and Nick Seymour, in addition to producer and keyboardist Mitchell Froom, singer and guitarist Liam Finn, and drummer Elroy Finn, Liam’s brother.
‘I’ve always been afraid of just repeating the same formulas, and somehow this feels like a fresh and authentic way to re-approach Crowded House today with an awareness of all our history and where, how and why it began in the first place,’ said Finn in a statement. ‘The original band mentality and philosophy is still in there, especially with Mitchell now part of it again, working in a different way along with Nick and I.’
‘We were fortunate to be recording in the studio right before lockdown and so began this album with band tracks recorded live in a room, all brimming with character and energy,’ Finn said. ‘We then spent our strangest year, 2020, at distance from each other but connecting daily, swapping files and making those tracks complete. We’re so excited and grateful to be back in one room together now, rehearsing, first to play live in front of audiences in NZ and soon we hope for the rest of the world.’
$21.99Add to basket ›