The Seer’s Sister: Prequel to The Magic Eaters Trilogy 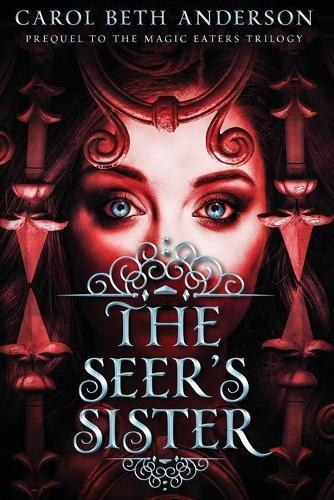 The Seer’s Sister: Prequel to The Magic Eaters Trilogy

THE END, Rena wrote on the calendar square. Rena Abrios, the only living seer on the planet of Anyari, has her most horrific vision yet-she foresees the apocalypse. Soon, nearly every human on her peaceful, technologically advanced planet will die. Rena even knows who’s behind it: philanthropist Alvun Merak. This type of prophecy can’t be averted. Despite that, Rena believes her sister, seventeen-year-old Ellin, is meant to fight it. The more Ellin learns about Merak, the more alarmed she becomes. He’s funding an archeological dig with mysterious, world-ending potential. Ellin, her boyfriend Trett, and Rena scramble to stop him. But Merak’s wealth and power may make him unbeatable. And the seer and her sister know that fate is the fiercest enemy of all. Will anyone survive the prophesied apocalypse? — The Seer’s Sister is the exciting sci-fi prequel to The Magic Eaters YA fantasy trilogy. It’s a full-length novel that can be read before or after the trilogy or as a standalone. If you like imperfect characters worth rooting for, villains with dark secrets, and in-depth worldbuilding, then you’ll love Carol Beth Anderson’s heart-pounding tale. — Content note: The Seer’s Sister contains scenes of abduction and captivity, along with plotlines relating to cancer and death, including discussion of a child’s death.