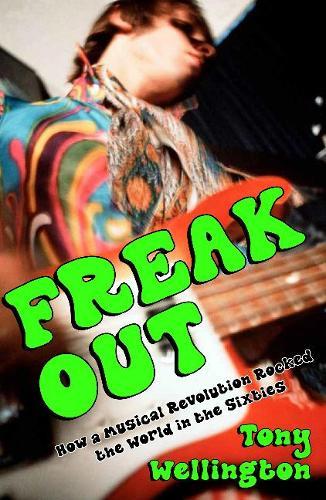 The era was by turns fab, groovy, cool, far out, way-out, hip, boss, outta sight, right-on and a blast, man: enough to make everyone freak out!
Freak Out is Australia’s coming-of-age story, of how we as a nation were dragged into global culture by the unstoppable momentum of rock and pop music. The sixties was an era of extraordinary change and earth-shattering events. The music scene responded with popular anthems that reverberated across the planet. What’s more, the gun was fired on a period of unprecedented musical innovation and creativity, the likes of which have never been repeated.
Music spoke to young people in their own shared language, urging them to view themselves as decidedly separate from mainstream society - even suggesting they might ‘drop out' altogether. For a brief time, millions of young people across western culture actually believed they could successfully reinvent society. Liberation for pacifists, women, people of colour, homosexuals, students and the oppressed seemed to be just a short revolution away.
There was no room for complacency or apathy in the face of the Cold War, Vietnam War, and the constant threat of nuclear annihilation. Australians may have been spared the fear of bomb blasts, assassinations and kidnappings; however, the ructions abroad invaded our national psyche, and the music that was generated in that milieu infiltrated Australian culture and transformed society forever.
$34.95Add to basket ›