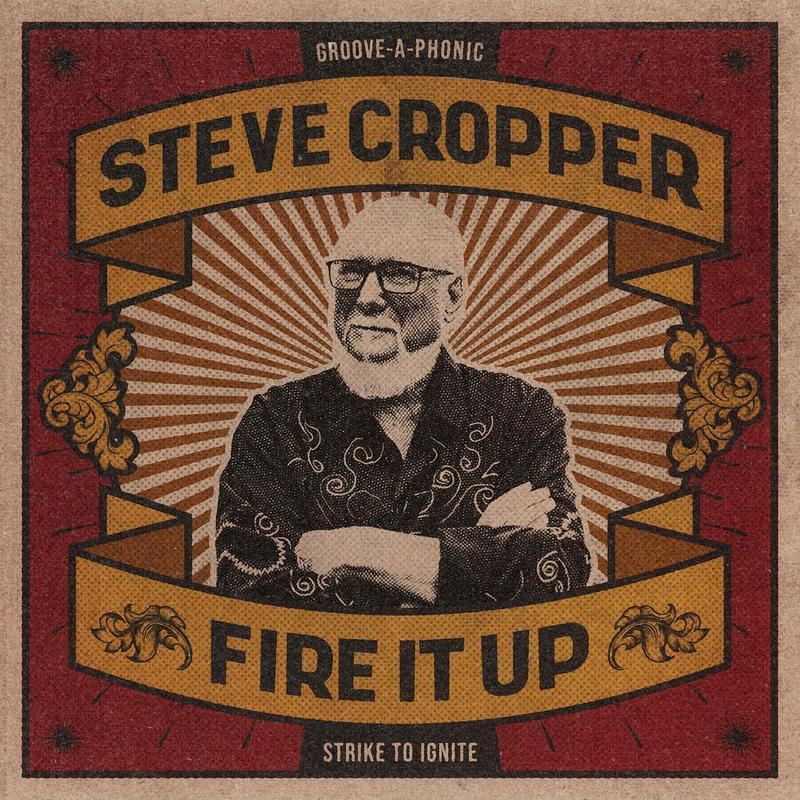 The term “Guitar Hero” is bandied about loosely these days. Seems like all you have to do is look good holding the thing and you qualify. But if you ask the actual guitar heroes - like Brian May, Jeff Beck, and Eric Clapton - who THEIR Guitar Heroes are, Steve Cropper is definitely on the shortlist.

If all he had done were the records with Otis Redding that would be enough, but shortly thereafter he was leaving his fingerprints on records by Wilson Pickett, Sam & Dave, Johnny Taylor, Albert King, and virtually anybody worthy who came within earshot of Memphis. He was a Guitarist’s Guitarist, and a Songwriter’s Songwriter.
Cropper is both guitarist and producer on this album. But even after all these years he remains modest about his musical abilities. Cropper’s accomplishments make him careful and selective about what he’ll put his name on, so you won’t be surprised if this new album echoes sounds of yesterday combined with eternally infectious grooves. Steve Cropper’s Fire It Up, an instant classic.
“This album is different from everything out there now,” he says. “It’s made from old grooves, because during a lockdown, I worked on stuff that’s been in my head for years.” Cropper doesn’t keep a file of song lyrics and doesn’t file guitar riff ideas to find a home later, “but all that stuff is floating in my head all the time,” he says. “I can reach in there and get it out.”
Fire It Up is Steve Cropper’s first album of new Soul/R&B material in 10 years. The album was produced by Steve and Jon Tiven
$22.99Add to basket ›